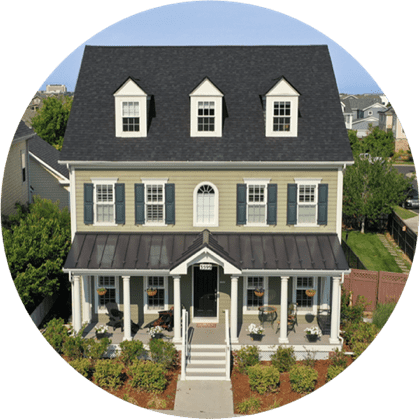 Travelers tells the story of its early beginnings in 1864 on its website. Hartford businessman James G. Batterson met a local banker, James E. Bolter, in the post office. Bolter had heard that Batterson and several fellow townsmen were organizing a company to introduce accident insurance to the United States. He asked Batterson how much he would charge to insure him for his four-block walk home. “Two cents,” Batterson said.

The St. Paul Fire and Marine Insurance Company began in 1855 by Alexander Wilkin, who realized the need for local insurance to handle the threat of fire. The first claim that the company handled was a bakery file that had spread to neighboring offices.

In 2004, both companies merged and, in 2007, changed its name to The Travelers Companies, Inc.

With a strong focus on innovation, Travelers has been an industry leader and first to market in many areas. In its early years, it was the first to offer accident insurance in 1864, offered an auto insurance policy in 1897, and aircraft liability insurance, with a full aviation program in 1919. Later, it offered life insurance to women at a lower rate than men, issued accident policies for the space program in 1969, and started an insurance policy to protect online bankers from fraud in 1997. Most recently, Travelers was the first in the industry to offer a national discount to drivers of hybrid vehicles or partner with Amazon to launch a digital storefront.

Travelers’ long-time expertise and innovative initiatives have made the company a leader in personal, business, and specialty insurance. Homeowners insurance policies through Travelers offer flexible plans to suit any customers’ needs. Dwelling coverage can help cover damage to the structure of your home if damaged by house fires, severe weather, falling objects, or vandalism, and theft.

We have a 99% success rate to successfully get your roof claim approved when we recommend you file an insurance claim.

If you are a Travelers insured homeowner in Colorado and need a professional roof inspection across the Front Range, roof replacement, or roof repair, Metro City Roofing is the first and only call you should make.

Metro City Roofing is a Colorado roofing company headquartered in Denver, CO, with offices in Denver and Colorado Springs. We specialize in hassle-free professional roofing and will treat your home like our own.

Metro City Roofing is proud to partner with local Travelers agencies across the Front Range. Starting with a free roof inspection, we will represent you during all interactions with your insurance company, settling your hail damage or wind damage insurance claim directly to ensure that you receive all funds owed to you. Our expert staff are state-licensed independent adjusters, which means that as roofers, we evaluate your property with the same lens as an insurance adjuster.

Our goal is to simplify the roof hail damage insurance claims process for you following a hailstorm, offering a full explanation of any damages and possible code-related requirements. We provide complete documentation of our inspection process, including photos and a written damage estimate, and act as a full-service roof replacement or roof repair contractor when a hailstorm or windstorm requires an insurance claim.

When you have any concern with hail damage or wind damage to your roof, trust the professionals at Metro City Roofing. We deliver the best professional roofing services across the entire Front Range from Fort Collins to Colorado Springs. We are proud of the excellent reputation we’ve earned, with outstanding customer satisfaction, one roof, and one customer at a time.

Read more About Us

Are you looking for the best metro Denver roofing company?

Metro City Roofing is the #1 roofing contractor recommended by local insurance agents across the Front Range.